The general purpose of the robot is to be able to hold and manipulate tools in the surgical space and to be able to do so with very high accuracy. Typically, we wish to guide the tools from outside the head to specific locations within the head (e.g. injection needle) along a specific path in small animals such as mice, rats and marmosets. 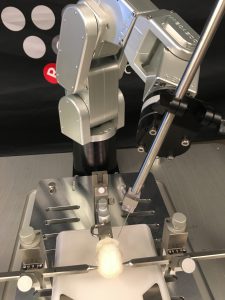 Brainsight’s powerful yet easy to use interface generates 3D views of your animal’s images. The images can be used to pick your target prior to surgery and guides your tool to the target along that path in surgery. For this reason, an MRI or CT scan is required prior to the surgical robot procedure. 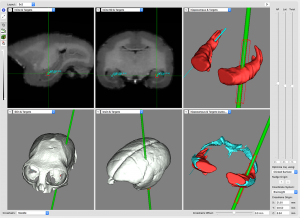 The animal is placed in a traditional stereotaxic apparatus. A laser attached to the end of the robotic arm is used to co-register the animal with its scan. 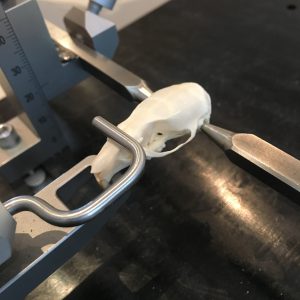 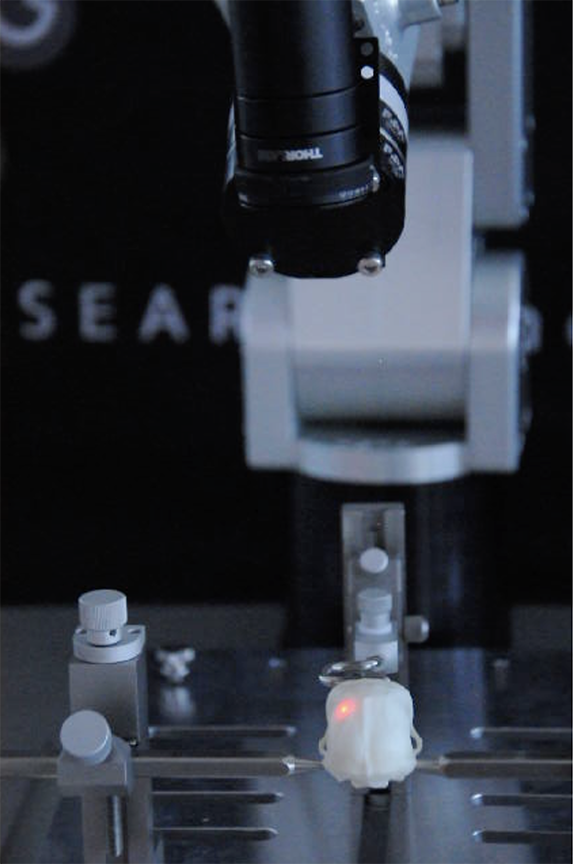 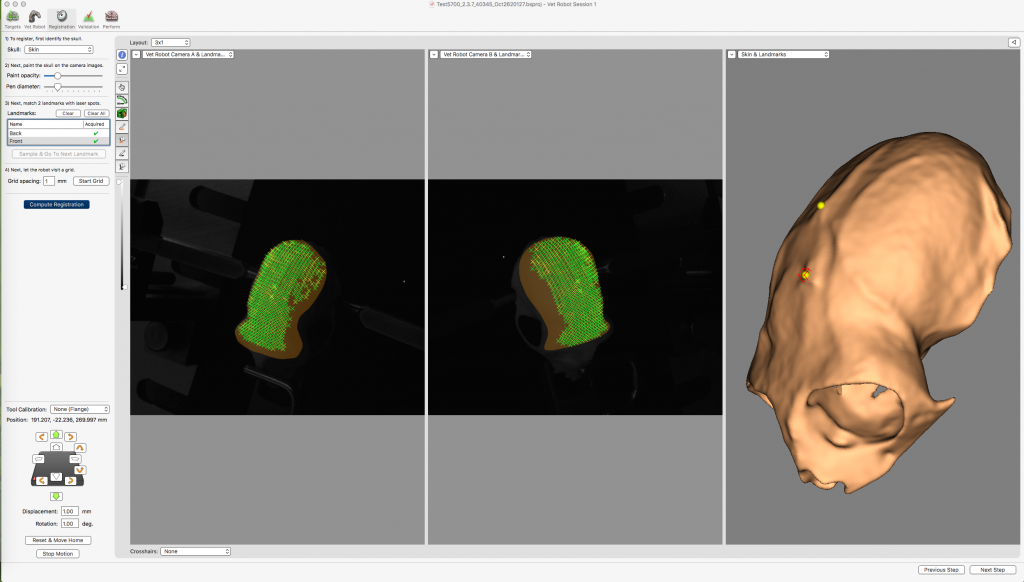 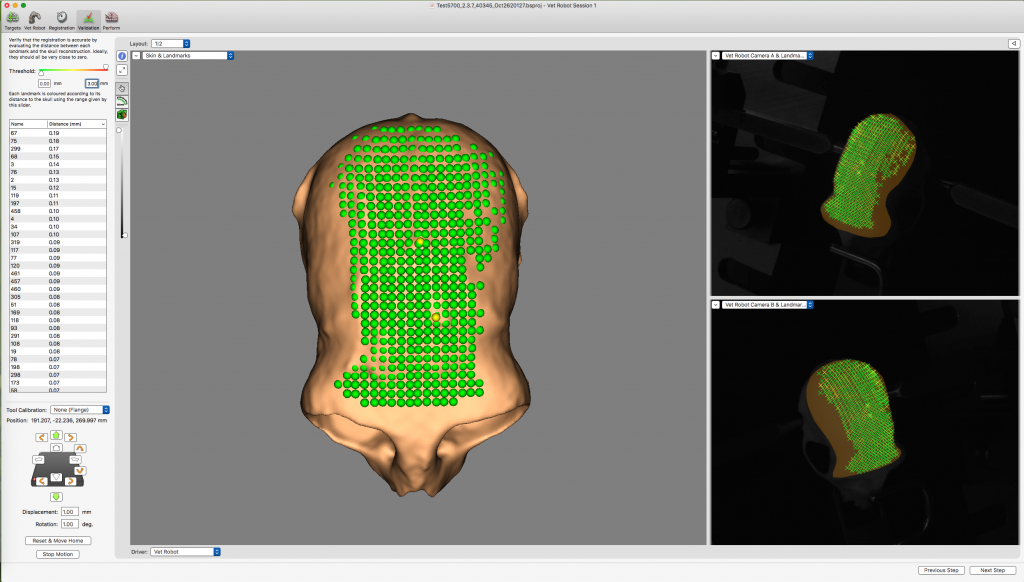 Both the tool calibration and the subject-image registration requires the ability to determine the position of landmarks in the subject coordinate space. This is accomplished using stereo video cameras that are carefully placed and calibrated such that identifying a point in both camera views yields the 3D coordinate in the subject space. This can be used, for example, to identify the tip of a tool attached to the robot, or using a laser pointer, features on the subject’s skull. Ultimately attaining a precision of at least 200μm at target site in the brain. 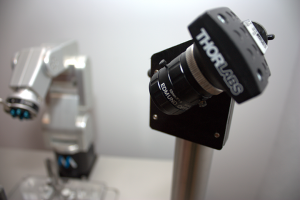